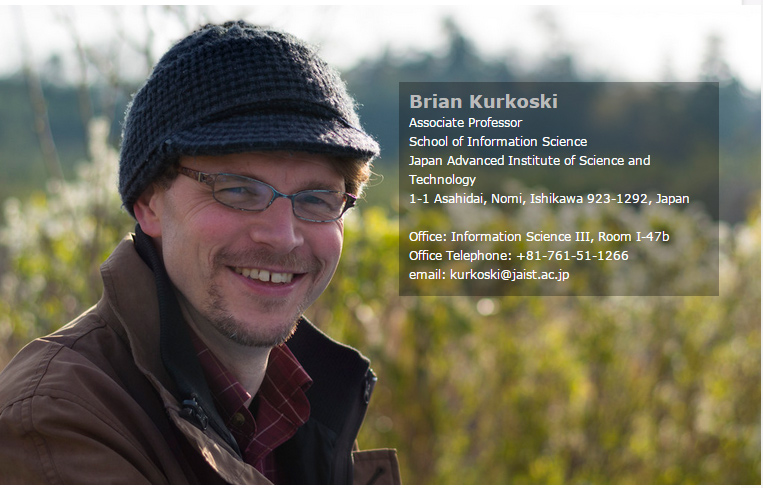 Brian M. Kurkoski is an Associate Professor at the Japan Advanced Institute of Science and Technology (JAIST) in Nomi, Japan. Born in Portland, Oregon, he received the B.S. degree from the California Institute of Technology in 1993, and then worked at two California startups. He received the M.S. and Ph.D. degrees from the University of California San Diego in 2000 and 2004, respectively. He received a JSPS Postdoctoral Fellowship from 2004 to 2006, while at the University of Electro-Communications in Tokyo, Japan, where he continued as Associate Professor from 2007 to 2012. He has been at JAIST since 2012. He was an associate editor for IEICE Transactions on Fundamentals of Electronics, Communications and Computer Sciences from 2010 to 2014. He is currently the secretary of the Data Storage Technical Committee, a technical committee of the IEEE Communications Society.  He has organized or been technical co-chair for various conference tracks and workshops on coding for data storage. His research interests include coding theory, information theory and communication theory and their applications.

Message from The Dean

Welcome to the Faculty of Computer Science, Sriwijaya University more ..

COMNETS TALK 2021 "How To Get Professional Certif